Burn the Midnight Oil, an idiomatic phrase meaning ‘to work studiously, especially late into the night.’

Originally it referred to the act of burning oil in lamps for light and safety. The noun midnight oil is attested from the mid 17th Century. An idiom that evokes, richly, the sense of finding the productive flow (Nerdwriter on 'flow') when one is working, causing them to lose track of time. This is a notion that I regularly strive for when making work and studying, however distractions and procrastination often take the better of me.

I wanted to make something that illustrated in words, images and also material objects, the feeling that this idiom evokes in me when I think about it. I decided to start collecting photographs and objects, as well as other idioms that I felt had connections and correlations to Burn the Midnight Oil.

This was purely because of that ‘light bulb moment’ when something strikes you out of nowhere and solves your problem.

Signifying the bad habits that people give themselves to ‘cope’ with the stress of studying, or working.

A screenshot of the wikipedia entry for the phrase

I incorporated this because it’s a familiar format for the quick sourcing of information, regardless of how inaccurate this so often is.

The largest text on the piece is the title of the piece, Burn the midnight oil.

Then second largest is on the top right of the board, a list of idioms that I feel have a connection to the central idiom. I typed this up on my typewriter, then resized it in photoshop, and then printed it back onto the continuous paper that I typed it onto.

There are also positive idioms about:

- Wear your heart on your sleeve. - Spin a yarn. - Blow your own trumpet.

- Cross that bridge when you come to it. - Kill time. - Take the edge off. - Recharge the batteries. 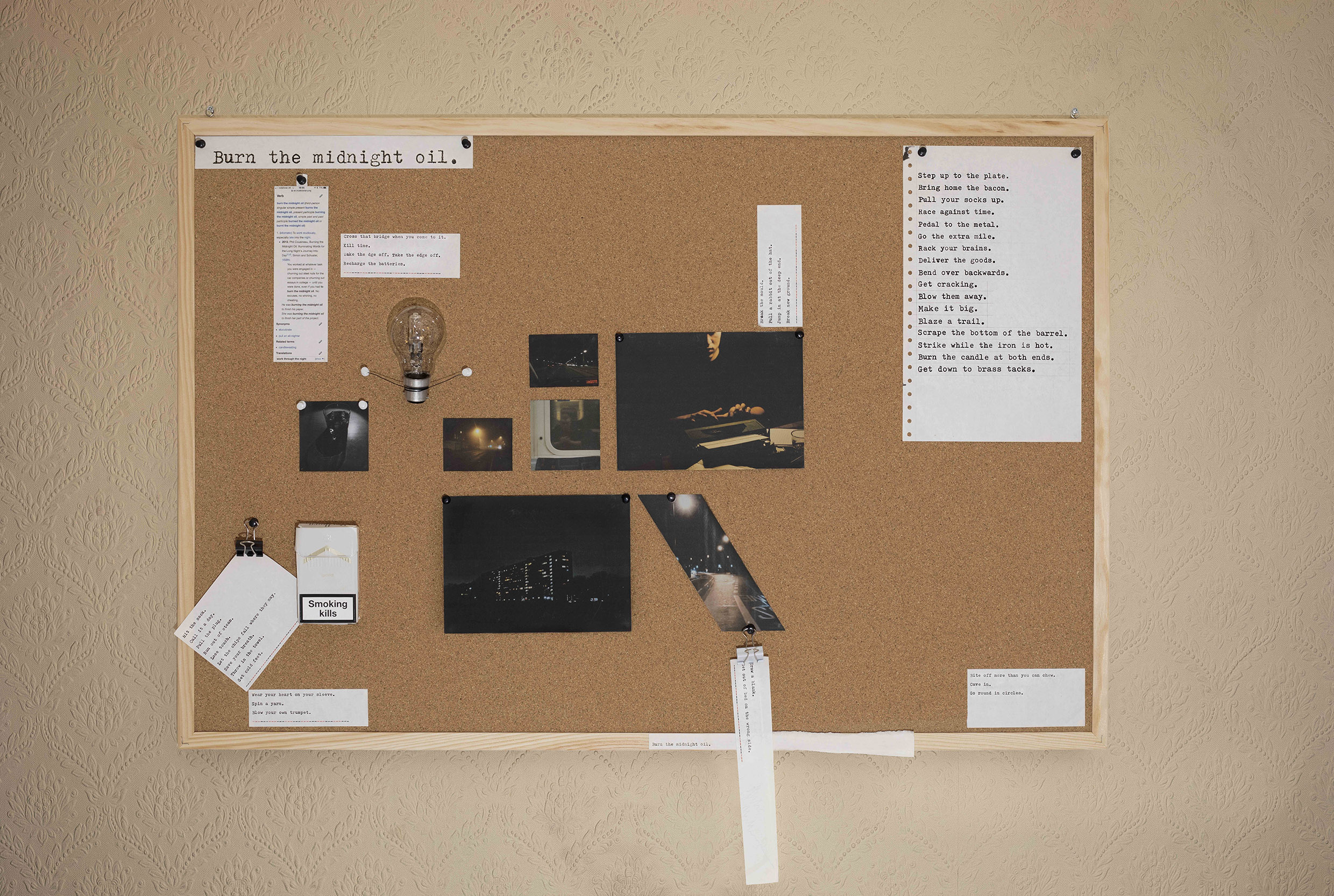